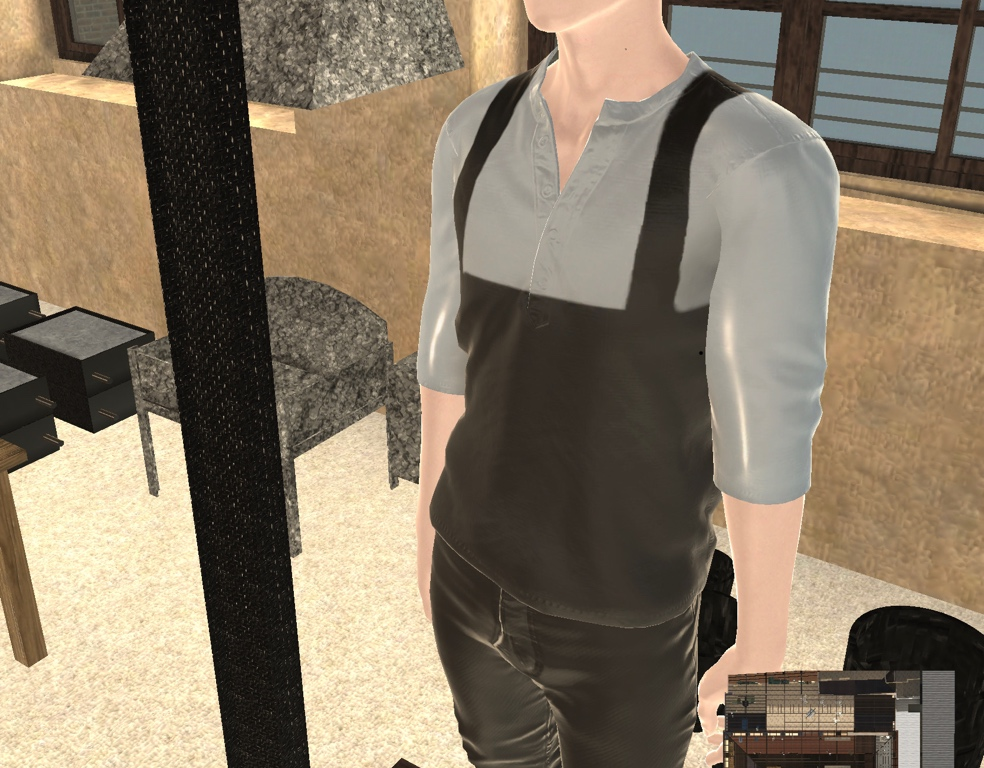 In this work, we present the basic pipeline for creating, customizing, animating and importing a 3D virtual character to a True Augmented Reality Digital Cultural Heritage application. In a True Augmented Reality application, all 3D models have to blend perfectly with the conditions of the real environment, so that the users will not be able to distinguish the augmented models for the real objects immediately. The longer it takes them to distinguish, the better the simulation will be. In the case of virtual characters, the characters have to look as realistic as possible, their appearance has to match with the concept of the application and their movements and animations have to be executed with respect to the real environment. After the basic pipeline is presented, some main concepts of the adaption of the character to the real environment is described, which is a part of our future work on this area

The 3D model of the virtual character is the most essential part of its structure. It is its skeleton, its body with its skin. There are many ways to obtain a 3D model of the character and the way that is chosen each time depends on many variables, such as the available time that the developers have or on how creative they want to be. In general, creating a 3D model of a virtual character from scratch is a very time consuming procedure. Two of the most popular ways of obtaining a 3D model is from 3D scanning/reconstruction of a real character [1] or by downloading a premade virtual character from online libraries like Mixamo [2]. The latter is quite faster but it is limited to the types of characters that it contains (one may not be able to find exactly the type of mesh they are looking for, for instance), while the former is a little more time consuming but offers a lot more options, since the 3D mesh is reconstructed from scratch in a way. Both of those ways in the end provide the developers with a 3D model of a virtual character.

Once a model of a 3D virtual character is obtained, the next step is to customize/change its appearance in order to make it relevant with the content of the application. For instance, in our Digital Cultural Heritage application, which features a museum which used to be a machinery, the virtual character should look like a worker. The appropriate appearance can be created manually with the help of a 3D painting software like Substance Painter [3], for instance. There is another option, though, where one can create 3D meshes of clothes for the virtual character, with the help of a computer graphics software, like Autodesk Maya [4], in order to achieve an even more realistic and detailed result. This option is very time consuming though and requires high knowledge of 3D modelling. By using a 3D painting tool, the procedure is much easier, since the user is given many options about the material of the clothes, the color and all the basic elements in general, in order to create a realistic set of clothes for the character.

When the character is customized, the next step is to make it able to move and to give it “life” (animation), since standing still in an application is not realistic at all. Again, there are many different options and approaches in order to animate a virtual character. A very fast and efficient way to animate a character is to download the desired animation(s) from Mixamo [2]. The advantage of this approach is that Mixamo [2] contains a large selection of different animations and also, their application to the virtual character is easy and quick for the developers. The disadvantages are that these animations will work for characters that are downloaded from Mixamo [2] and may not work well to virtual characters that do not originate from that platform, unless they are rigged on Mixamo [2]. In its simplest form, 3D rigging is the process of creating a skeleton for a 3D model so it can move [5]. Mixamo [2] may contain a large number of animations but there is still a possibility that one may not be able to find the animation they are looking for. In order to overcome this, another option would be to use a 3D modelling software like Autodesk Maya. It offers many ways to rig the character automatically, or manually for better results and record whichever animation the user wants, since they are able to move the joints of the character freely as they desire and record these movements. In the end, no matter which options are chosen, there will be available animations to use in the last step.

Figure 2. An example of the virtual character (worker) after rigging it and rendering it with Autodesk Maya [4].

Importing the Character to the Application Environment

Since True Augmented Reality has recently been defined to be a modification of the user’s perception of their surroundings that cannot be detected by the user [7], the virtual character must adapt to the conditions of its surrounding environment and become a part of it, achieving that way the “suspension of disbelief”. The most important condition of the environment that the virtual character must adhere to, is the lighting. The virtual character should receive lighting, which is equal to the light the rest of the objects that are surrounding the character receive. This is a part of the future work that will use basic math algorithms from the glGA framework [8], which are based on the Precomputed Radiance Transfer algorithm and Conformal Geometric Algebra. By combining these elements, there will be a very realistic global illumination, which will light each object on the scene, depending on the environment that surrounds it. 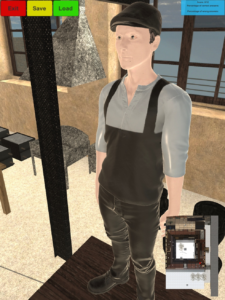 Figure 3. The virtual character (worker) in with an idle animation, inside the cross reality virtual museum in our Digital Cultural Heritage application.