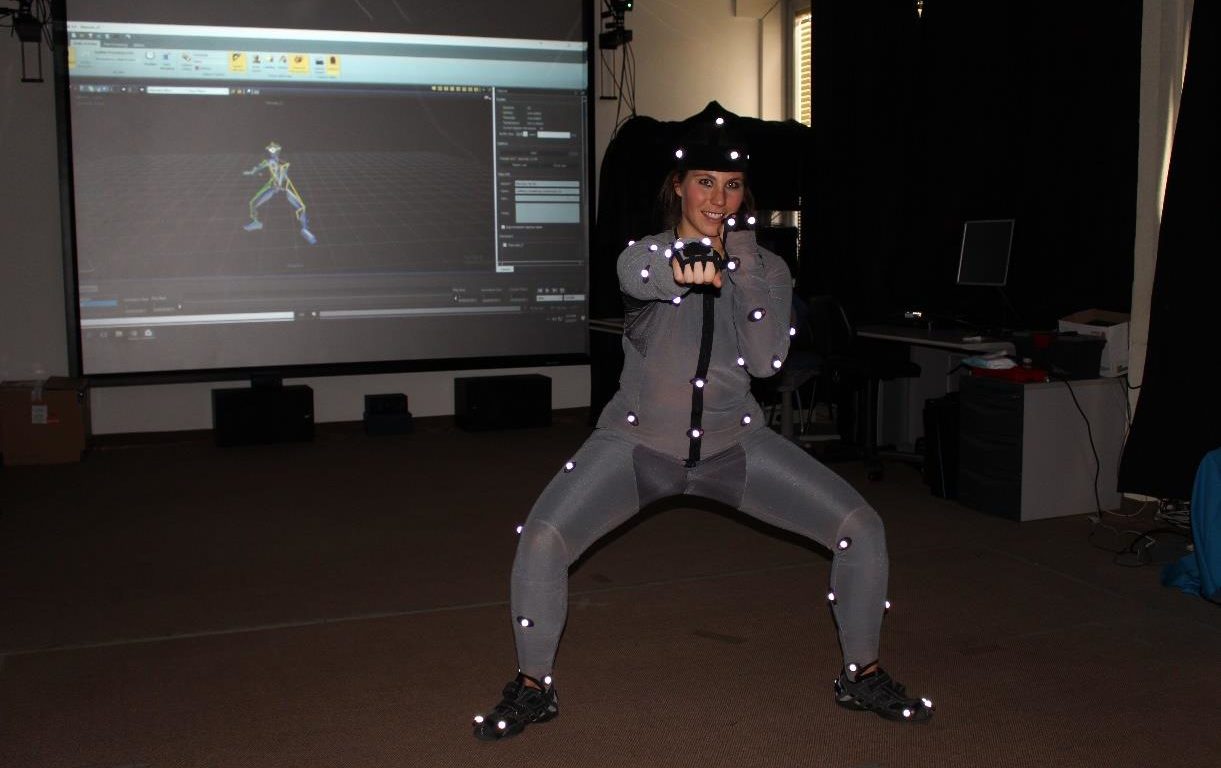 In the last decades, the generation of 3D animations has proven to be a significant challenge and has limit commercial usage due to the high costs associated. Improvements in software motion capture system and calibration allow us to extract motion even from specific motion. This paper presents a fast and complete pipeline for capturing martial art movements.

Nowadays, various fields such as medical and entertainment industries, education or cultural preservation are using virtual humans. Much work has been done in the computer graphics domain to push the limits of realism of virtual humans further and also to automatize the pipeline for the avatar animation creation (figure 1). Animating virtual human is a difficult task that requires manual work of designers and animators to create a movement that appears to be natural. In this case study example, we propose to explain the pipeline of human body animation in a particular martial art: The Tai-Chi. 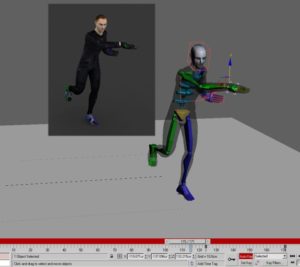 Animation – State of the art

The time-consuming manual process of making the animation by key framing has been replaced with several other methods. Physics-based animation (Geijtenbeek et al. 2012), procedural animation (Horswill et al. 2009) among others. We are using a motion capture technique that allows to record smooth and complex motion, over the price to tune carefully the system and calibrate it. The setup is movable and can be installed in various places using camera’s tripod. The position of the cameras can also be adjusted to change the acquisition volume. Finally, the post-processing time and the cost of the installation have been significantly decreased with the recent updates in 3D reconstruction and solving.
Our motion capture system from Vicon (Vicon.com) is based on IR technologies. It is composed of a set of IR cameras that are synchronized and controlled by a Hub, connected to a computer (
Figure 2). The cameras detect the Reflective IR markers that are placed on the body of the subject we want to capture. Then we use parallax techniques to reconstruct the markers in 3D and visualize the movement of a calibrated character, that we can apply then for animating Avatars.

Our system is composed of a cluster of 8 IR cameras. They have been placed around the acquisition room in a circle shape. Our acquisition volume covers an approximately 3-meter square. and the number of cameras and their positions have been chosen accordingly. The environment surrounding the acquisition space should be clean of any reflective materials that can add noise to the system. 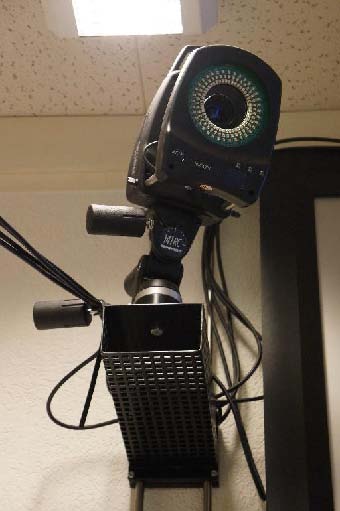 All cameras are connected to a Hub that is link to a computer via network cable. The software used is Blade 3.0 from Vicon, that are designed for animations. We can then adjust the parameter of all cameras as they should focus very well on the markers and filter the noise. The markers are place on a special suit that the performer is wearing. The pattern of markers and their number are very important for the calibration of the system (figure 3). We are using standard templates are they are sufficient for martial art capture. 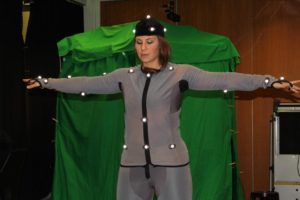 Figure 3: The pattern of markers placed on the body correspond to a standard, but can be modified.

Once the cameras are placed and their parameter tuned, we can calibrate the space. For that purpose, we are using an active Wand that we move in space randomly within the space of our capture. The system will calibrate each camera to find their position relatively to each other. Then we place the calibration wand on the ground to define where it is in the capture space.
After space calibration, we can calibrate the performer. For that purpose, we need to record a special sequence of movements called range of motion (ROM). During this recording, the performer should make specific movements that allow the system to understand how the movement fit to a template (the humanoid template).

Once the system is calibrated for a specific performer, it is possible to reconstruct a virtual character directly on the 3D space.
From the reconstructed character, we can us an actor and a solving set-up that will solve the equations needed to animate a standardized actor, allowing to export the motion directly or to stream it to an animating software as Motion Builder. We then obtain the recorded movement applied to a predefined character 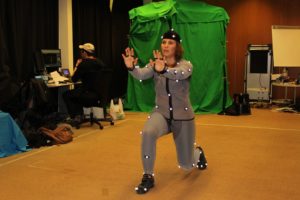 In our case study, we are recording Tai-Chi sequences (figure 4 and 5). These sequences are defined by a rhythm, a space that are specific to this martial art. Different health studies showed that it brings benefit to the body by improving strength and balance (Wu et al. 2002 and Lan et al. 2000). The movements here are mainly looking as squats and hands balancing. The difficulty in term of motion capture is to get a perfectly smooth motion as they are often rather slow motion and some occlusion can appear. The result can be applied to a pre-made character as to reproduce the tai-chi movements. 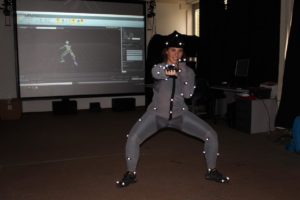 Figure 5: Tai-Chi movement and its reconstructed, solved avatar in the background

In this case study example, we showed how to use motion capture to record specific martial art movements. These movement from Tai-Chi martial art can be used to animate a virtual character or to serve for learning as a reference to evaluate the movement of a martial art student.

3. Wu, G. (2002). Evaluation of the Effectiveness of Tai Chi for Improving Balance and Preventing Falls in the Older Population—A Review. PROGRESS IN GERIATRICS JAGS, 50, 746–754.