The famous Byzantine painted church of Panagia Phorbiotissa of Asinou lies about five
kilometres to the south of the village of Nikitari in the Troodos range of mountains. The
church is dedicated to the Virgin Mary and is considered to be one of the most important
Byzantine churches in Cyprus. The main church is the only surviving part of the Phorves
monastery. The church is dates from the early 12th century AD and the murals inside range
from the 12th century through the 17th century. The church is recognised as a World
Heritage Monument by UNESCO, as it is home to perhaps the finest examples of Byzantine
Mural paintings.

Starting in the 1960s, the Asinou church site became the object of an ambitious restoration
project, with an associated effort to study and catalogue the murals and architecture of the
church. To highlight this effort and present the findings a research institution focused on
Byzantine studies in the USA published an attractive volume2 that presents a number of

perspectives on the history of the church of Asinou, its murals and architecture, its place in
Cypriot history and culture, and the painstaking methods used to study and preserve the
site and its murals.

The chapters of Asinou across Time cover the development of the murals and paintings
within the church in chronological order, starting with the original work that was created
when the church was founded. The introductory chapter provides the historical, social, and
cultural context of the church, the original monastery, and its place in Cypriot history and
the broader Mediterranean region. At the time of the church’s construction, “Cyprus was a
prosperous, strategically important bulkhead of Byzantine naval power,” and this
advantageous situation generated the resources needed to build and maintain such a
meticulously decorated church, using costly pigments and other materials that were
considered rare, and therefore expensive, at the time.

The monastery remained intact and functioning under a varying range of rulers, expanded
and new murals were added. The Venetians were especially careful not to disrupt the
established religious life in Cyprus, not wanting to unduly incite Cypriots against Venetian
rule. In the end, the monastery fell into disuse by the early part of the nineteenth century,
slowly decaying because of a “slow transformation of the rural economy following a long
demographic decline” in the central region of Cyprus that surrounds the church. However,
the associated church—as opposed to the building itself—continued to operate to serve the
local population. Limited resources available meant that the unique murals and paintings in
the church were nearly impossible to maintain. Attempts were made under British
leadership to catalogue and restore the artwork, but these produced mixed results at best.

APPROACH
A novel approach has since been used across more than one EU Research projects, to
document the using various modern techniques, such as UAV, photogrammetry and 3D
printing.

Hundreds of images from the monument were taken using a UAV with an attached highresolution
camera. The images were processed to generate an accurate digital 3D model
and reproduced using a 3D printer. Such a methodology provides architects, archaeologists,
civil engineers and cultural heritage experts an accurate, simple and cost-effective method
of documenting cultural heritage sites and generating digital 3D models using novel
techniques and innovative methods. This approach can also be used in urban or rural
environments to document large scale sites which traditionally are time-consuming and
labour-intensive.

A high-quality 3D model has been made from these photos. The following image derives
from a recent one, made using Agisoft Photoscan, where the frescoes were digitised in
order to produce a 3D model of the interior.

Infrared Cameras were used as imaging technology and intangible information gained for
perceptual and real-time rendering. The images obtained are of very high quality and can be
edited as needed in order to be used in any application.

Some of the assets have been used, for example, during the development of an interactive
book including a puzzle in 2D and 3D form. When the user completes the puzzle, the story
of the fresco appears and later directs them to a video.
An educational game was also created where the user needs to find the ‘hotspots’ in the
picture. If they succeed, the specific area scales up and a short description of the fresco is
displayed.

Mobile phone and tablet Augmented Reality applications to be used as a digital tour guide
since the church doesn’t provide a tour guide 24/7. The priest, in digital 3D form, will explain
the history and provide the information needed. The church will also act as a live museum
where significant parts of it will become live during the tour.

Applications in progress include: Heritage Building Information Modelling (HBIM) through
an accurate 3D model which holds all the available information about the monument
including material architectural, historical, structural information, etc.

This is characterized by an “all in one” philosophy which will lead to a VR application where
the users are virtually present in the church and explore its aspects according to their
preferences (e.g. as engineer, tourist, explorer etc.)

Amongst the dissemination activities, at the Mediterranean Science Festival, a creative
workshop on the Asinou Church was held where parents and children together sketchpainted
and assembled beautiful outcomes. 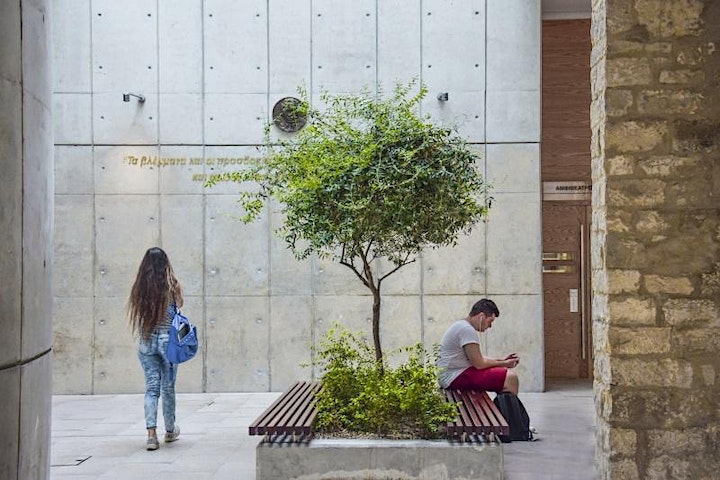 https://www.eventbrite.com/e/1st-online-ophera-workshop-registration-148590318643 1st OPHERA WORKSHOP: Digital technologies for knowledge and promotion of cultural heritage during the restoration & reconstruction process About this Event Online Zoom workshop, Free of charge, Cyprus University of Technology, Limassol, Cyprus. 17[...]
Jun
14
Mon
2021
7:00 CAA2021 | DIGITAL CROSSROADS | 1...
CAA2021 | DIGITAL CROSSROADS | 1...
Jun 14 @ 7:00 – Jun 18 @ 17:00
CAA2021, to be held 14-18 June, is going digital. We are sad that we won’t be able to be together in-person in sunny and lovely Cyprus, but based on the continuing challenges posed by the[...]
View Calendar
Add
REGISTER NOW!
This site uses cookies: Find out more.