Hauger, Haller, Hav The permanent exhibition of the Midgard Viking Center in Borre, Norway

7Reasons together with the Ludwig Bolzmann Institute of Archaeological Prospection and Virtual Archaeology (LBI Arch Pro) has undertaken the production of the new permanent exhibition at Borre Historical Center and its Site which consisting of various Augmented Reality Stations, Large Scale Projections, and an Interactive Movie show as well as the necessary content production.

The permanent exhibition of the Midgard Viking Center in Borre, Norway

Vestfold hosts some of the most famous Viking Age sites like the well-known ship burials at Oseberg and Gokstad. The area located at the Oslofjord, the vik might have been involved in the origin of the term Vikings, a paraphrase for the Scandinavian population of the late Iron Age. The most impressive site is Borre, an aristocratic burial site located directly at the shoreline of the Oslo Fjord. It combines the most monumental burial mounds in Scandinavia, erected over the large ships of the leaders of their time.

Latest research uncovered large halls, used for assemblies and feasting in relation to the burial rites of the Vikings. Based on the results of modern non-invasive scanning of the underground one of the halls was reconstructed 1:1 on site exemplifying the crafts, power and traditions of the Viking aristocracy. Laser scanning from the air and ground penetrating radar visualized recently an artificial harbor built for the landing of the large ships of the mighty rulers of their time, who crossed the seas of the Viking world.

Figure 1 Inside View of the reconstructed Viking Hall

The main goal of the exhibition is to bring the story of Borre to life. With the aid of virtual indoor and outdoor technology the real scenic landscape at the sea and its monumental burial mounds, the findings from the historical excavations and the hall reconstruction will be combined with the latest research results.

A major challenge was the combination of the existing park, the visitor center and the hall reconstruction with the ongoing new research. This research is summarized by the ongoing archaeological prospection, planned targeted excavations and natural science analysis of the landscape, stratifications and the so far excavated finds in combination with historical sources like rune inscriptions and the sagas.

Figure 2 Overview of Borre archaeological Park and the Museum

7Reasons together with the Ludwig Bolzmann Institute of Archaeological Prospection and Virtual Archaeology (LBI Arch Pro) has undertaken the production of the new permanent exhibition at Borre Historical Center and its Site which consisting of various Augmented Reality Stations, Large Scale Projections, and an Interactive Movie show as well as the necessary content production.

The following Stations will be explained in this Paper:

The Museum of Borre stands high above the actual Site and informs the visitors not only about the finds in situ but is aiming to give an overall introduction to the World of the Vikings. In the outside area of the Museum we had setup a Container with various medias as well as a replica of an original Magnetometer survey Vehicle to inform the visitor about the scientific efforts which led to most of the new knowledge and interpretations at borre.

At the entrance of the Museum a replica of the famous Rune Stone of Rök (Sweden) was erected measuring approx. 3 x 2 meters. The runes on this stone are explained through a interactive touch display, translating them line by line as well as an overview of rune stone finds in Norway. The production of the replica was achieved by digitalization of the original stone through a photogrammetric approach (SFM) which was used to mill out the 1:1 replica with a CNC milling machine. The raw reconstruction was made of a coated Styrofoam material which was then hand painted to achieve the original look of the Rök stone.

The architecture of the museum represents the shape of a Viking vessel /ship positioned upside down together with 3 apsides to the west. These Apsides where used to display the according content through projections.

After a brief introduction to the exhibition in the so-called welcome area, the visitor is guided to the first and largest apside where a large 180° projection is displayed. Here the spectator can dip into the Viking world by watching a movie, telling the story of a Viking burial and the precondition of the life of the deceased. 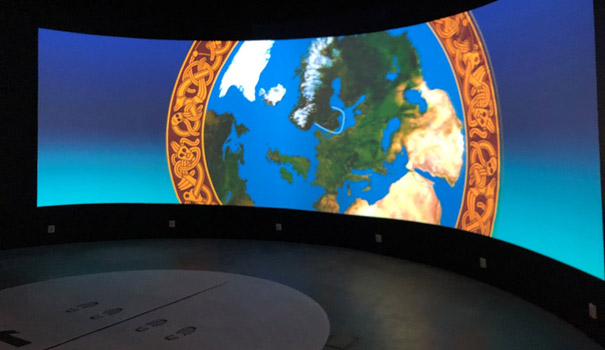 Figure 4, 180° Projection in the Apside No. 2, The interactive Movie

The second abside hosts an interactive Movie (also projected in 180°) where the visitors have to choose in which way the storyline should continue by placing themselves either on the marked left or right side of the room. This is being solved through an infrared camera, counting the people standing in either side. Approximately 60 smaller video clips had been produced and programmed to create the different possible story lines.

In the last and smallest abside a 4 meter landscape model was produced using a CNC milling machine and projected with 4 HD projectors. 2 Projections where dedicated to the landscape model, displaying the changes through time together with the archaeological results of excavation and surveys.

Figure 5 The landscape projection in Apside 3

The outside area of the museum is embedded into the large site where visitors can see the monumental burial sites consisting of large tumulis (hill graves) and a 1:1 reconsruction of one of the large Viking Halls. Here the visitor can look back in time using one of two telescopes showcasing the non-visible remains of all Halls and Burial Mounts as well as the former coast line.

The Production of the permanent exhibition was quite labor intensive since most of the scenes where animated and due to the fact that a lot of the virtual scenes played on sea, costly 3d water simulations had to be processed. These virtual scenes where also combined with real world footage which was shot on site with over 40 reenactors.  Additionally, the installations in the outside area of the archaeological park had to withstand the harsh climate of Norway demanding special solutions to protect objects and technical equipment. At last, all media contents where set up in a way allowing a remote access in order to make changes in later stage without being on site. A further upcoming production will allow the visitor to use his own mobile device to gather information on various monuments bundled with augmented reality views of the site and is scheduled for 2019. 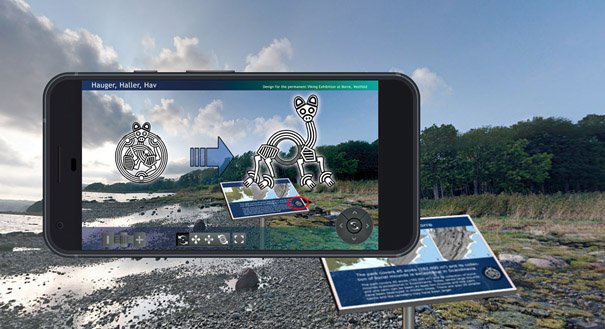