This article is part of our latest Fine Arts & Exhibits special report, about how art institutions are helping audiences discover new options for the future.

Twenty-five-hundred years ago in a workshop in Athens, a master potter and his apprentice were creating a vase depicting Hercules driving a bull to sacrifice when the potter had a eureka moment — instead of painting figures the usual black, why not red. Red? No one had ever done that before.

“Something extraordinary happened to them on that day that changed the course of history,” said Alexia Roider, the creative head of Zedem Media, an animation studio based in Cyprus. By applying some different substances to the clay and controlling the temperature inside the kiln, the potter changed the colors and the effects of the paint on the vase. (The creator is believed to be a potter known as Andokides.)

“It’s a very sophisticated technique of pottery making and the strong colors remain until this day,” Ms. Roider said. “The smoke in the kiln gives you the black, and the increase in the temperature brings out the red. There are lots of advanced technologies these days, but they did it with fire and sticks.”

The Museum of Fine Arts, Boston, holds a rare vase from that period, one of only about 55 in the world that shows both black and red figure painting. It inspired the museum’s first animated film, “How to Make an Athenian Vase,” produced in partnership with Zedem Media.

The film is part of the museum’s effort to employ technology in new ways to engage visitors more deeply and more memorably. Besides animation, the museum will use augmented reality, computer graphics, 3-D computer modeling and sound design to create innovative displays and interactive experiences in five newly transformed galleries in the museum’s George D. and Margo Behrakis Wing for Art of the Ancient World.

“The museum is using the same tools that they use in Hollywood movies to provide new ways to understand and appreciate objects from the past,” Mr. Scharoun said.

The efforts by the Museum of Fine Arts to make art more accessible through technology is part of a larger trend, said Eric Longo, executive director of MCN, an association for museum professionals to share practices about emerging technologies (previously called the Museum Computer Network).

“Most museums have increased the size of their digital teams,” he said, and many museums now have tech labs and innovation incubators to develop and test new ideas.

The Museum of Fine Arts’ reconfigured galleries, which open permanently on Dec. 18, will have architectural enhancements like raised ceilings, new windows to increase the flow of natural light and custom casework. They will display nearly 550 artworks and provide a new home for its collection of Byzantine art, showcase gods and goddesses, and explain mythology’s profound role in the everyday lives of ancient Greeks and Romans.

Part of the purpose is to highlight the inventiveness of early Greek artists and look at the development of portraiture during the Roman Empire. Rotating exhibitions will juxtapose ancient art with works by 20th- and 21st-century artists to explore how they were inspired by classical culture. The inaugural installation will feature the American abstractionist Cy Twombly.

Part of the job of a curator — the word comes from the Latin “to care” — Dr. Segal said, “is to keep the material relevant, to make it clear to people why they should care.” Good design, wall text and, increasingly, digital media help do that, she said.

“We would like to make the same connection in the museum when you’re faced with the original artwork as when you watch a period film,” Mr. Scharoun said. “I want visitors to see ancient Greece and Rome as real places, to imagine the living, breathing people who made the objects, and the world they lived in.”

In antiquity, statues were typically brightly painted or decorated with gilding and precious stones, but over time, colors dissolved or were stripped away. A 3-D digital reconstruction of the statue of Athena Parthenos can be experienced through augmented reality available on the museum’s app, as well as in a behind-the-scenes video of the process showing in the gallery. The goal is to recreate how people in ancient Rome may have seen it — in color.

“It allowed us to use a lot of pretty nerdy visual effects tools to visualize how Athena could have been painted, how she may have looked,” said Evan Errol Fellers, a principal at Black Math, a production company and art studio based in Boston that collaborated with the museum.

The museum conservation team examined trace pigments on the mostly white statue of Athena using special lights and photographic techniques, and chemical analysis. A digital model of the statue was then created using hundreds of photographs.

“It’s a technique called photogrammetry that uses triangulation to compare the similarities among photos and then reconstructs 3-D geometry based on that information,” Mr. Fellers said. “Once we had that, our tools allowed us to digitally draw on the model and create photorealistic images using something called unbiased rendering, and to ‘paint’ the statue of Athena without touching the real thing.”

Some original pieces of Athena were lost “so with these visual effects and 3-D sculpting tools in our hands, we had the ability to recreate her missing elements,” Mr. Fellers said.

“It’s very special to be working on an actual piece of art, an ancient piece of art that now has found its way to our studio for our artists to then repaint once again,” he said. “It’s this delicate balance of playfully engaging these techniques and digital sculpting tools, but in a way that was respectful of the period and the original sculptor. It adds a whole new appreciation for the intricacies of the artwork.”

Sound installations are another way to help museumgoers slow down, to viscerally connect to the past, Mr. Scharoun said. A large-scale projection of footage recorded earlier this year at an archaeological site will accompany a new 3-D digital reconstruction of the sixth-century Temple of Athena at Assos.

The “atmospheric piece” will use audio to summon the landscape that people lived in and will immerse museumgoers in the sights and sounds of nature, he said.

“You get the same panoramic view of the ocean that the visitors to the ancient temple would have had through a kind of virtual window,” he said.

In a gallery designed to evoke an early Byzantine church, visitors will stand under a golden ceiling dome in front of a 10-foot altarpiece surrounded by a soundtrack of sacred Byzantine music. A small touch panel allows them to choose specific hymns.

“You do have to stretch your imagination to appreciate the depths of time,” Mr. Scharoun said. “And once you do, you can see the collection in a new way.” 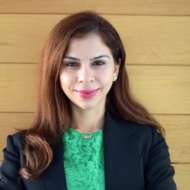 Survey on use and reuse in Digital Cultural Heritage

Museum Diplomacy in the Digital Age