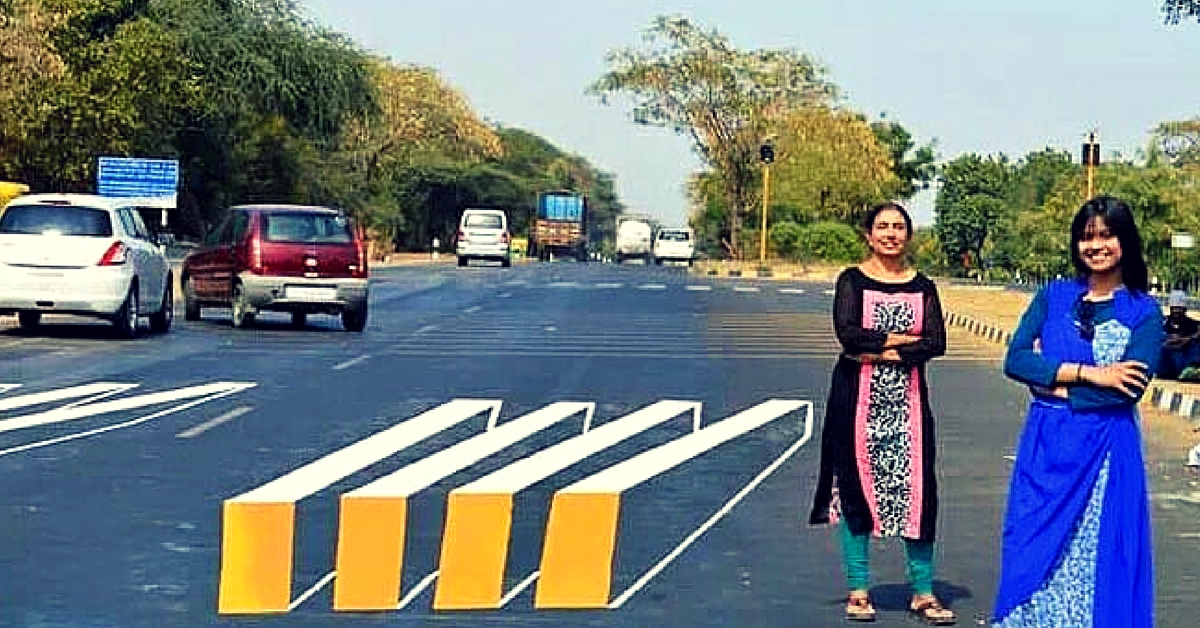 Virtual, a term revisited using the example of an initiative of two women from India

According to Oxford dictionary “virtual” in context of computer technology means something that does physically not exist but made by software to appear to do so such as a virtual disc drive or virtual memory. Usually the term virtual is associated or even equated with digital which is because all computer-generated virtual entities are based on digital processes and digital formats. This context is indeed often the case and results in a confusion of meanings, but in fact the meaning of “virtual” is not limited to the digital realm. The following story illustrates the meaning of the term “virtual” that refers to the history of the term, which goes back to the late Middle Ages and means something that has an effect though not existing in fact.

In 2015 in Ahmedabad, a city in the Western state of Gujarat, India, the 28-year-old 3D artist named Saumya Pandya Thakkar was approached by a  local officials to design a special pedestrian crossing on a particularly dangerous stretch, a so-called black spot, of the Ahmedabad-Mehsana highway. According to an interview published on TEDxAmsteramWomen Saumya agreed without any hesitation, however considering the tight deadlines for painting and traditional rules for girls in India was somewhat troubling.

The 3D optical illusion crossing is based on a painting technique that is known as trompe l’oeil, which in French is translated as “deceive the eye”.  It’s an art technique that uses realistic imagery to create the optical illusion that the depicted objects exist in three dimensions. Particularly during the Renaissance, when perspective was rediscovered, wall and ceiling paintings seem to have removed the spatial boundaries of architecture. 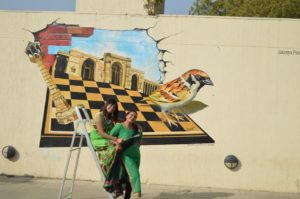 Saumya Pandya Thakkar together with her 60-year-old mother Shakuntala Pandya painted a snazzy 3D illusion crossing on a highway in the Indian city of Ahmedabad. The fronts of the 3D shapes are painted yellow with the depths represented by white dimensional lines. The artwork appears to pop out of the street and bars float above the asphalt when far away, but the illusion begins to fade when it is approached. For this reason, the artists say motorists won’t be slamming on their brakes as they approach it. The crossing’s purpose is to create enough of a distraction to make drivers slow down, but not be convincing enough to make them think it’s a real object. 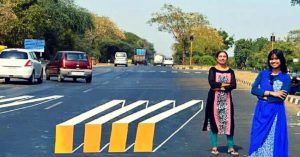 Because of the way the human eye works, the illusion shows up only slightly at a distance—enough to make someone slow down—but appears two-dimensional up close, so drivers don’t suddenly brake. “It’s better than normal artwork, but not as perfect as it looks in photographs,” Saumya said. “So it’s not that dangerous for the drivers, because they can make out that this is just a painting. But the idea is that they pay attention because of the new creations,” added Saumya.

It’s a small intervention that could have a large impact. Although there are no statistics to prove the effectiveness of these crossings this small tactical urbanism solution created by two women has already become a big topic of discussion around the world and has been imitated and implemented in many countries including China, USA, South Africa, UK, Greece, Spain, Iceland, Australia and others. A 3D pedestrian crossing in the German city of Schmalkalden had to be removed because it violates the Highway Code.

Critics say that after all, the key to curbing traffic accidents at zebra crossings is to raise drivers’ safety awareness and their willingness to comply with traffic rules. 3D stripes could easily distract drivers’ and pedestrians’ attention, and this may increase the rate of accidents. Sometimes, pedestrians may even hesitate to walk on these obstacles or, on the contrary, for fun, stay too long on the crossing. Questions as to which external factors can negatively influence the 3D effect, such as lighting, rain, colouring and the different angles of the viewer, have not yet been documented.

But despite all doubts, this is a remarkable example of how two women are driving changes in a very pragmatic way raising awareness to the role of women as actors in the public sphere in a male-dominated country such as India as well as setting an example for the combination of street art and improving traffic safety. 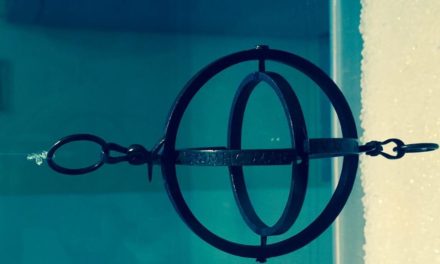 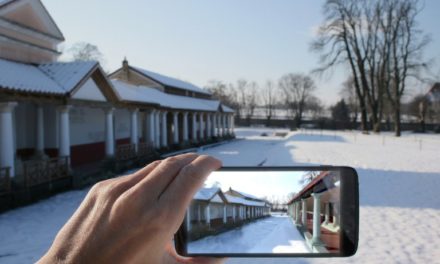 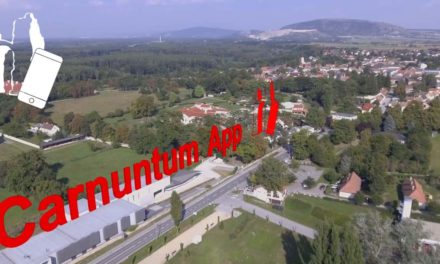