Is it AI or a Circus Automaton? Sophia, the world hottest robot at the Meta Marathon in Düsseldorf (Germany)

Live, love, party, and work with robots from March 15 to March 17, 2019, the META MARATHON 2019 was dedicated to the subject of robotics. Not only could visitors participate in workshops, talks, and performances, they could also share their living space with robots, including the opportunity to spend the night at the NRW-Forum and meet arguably the most famous robot in the world, Sophia.

The 3-day non-stop event was dedicated to questions such as what happens when robots leave the industrial context and become part of our everyday lives? What must society be prepared for if automated processes are being performed by machines and decisions are being made without human intervention? How do robots change our actions and feelings? Are machines becoming more human or are human emotions becoming more mechanical? Can robots help us relax and slow down, and what does a culture of intelligent robotics look like?

Ursula Scheer, journalist from the German Newspaper Frankfurter Allgemeine Zeitung, put it to the test and talked to Sophia, the most humanoid robot in the world today which is known for her ability to conduct complex discussions. Sophia She wanted to know, if this is artificial intelligence or a carnival automaton? Can it really think? Does it know what it means to be a woman?

The high-tech wonder of the Hong Kong company Hanson Robotics that was designed after actress Audrey Hepburn and got the Saudi Arabian citizenship was for the first time a guest at the “Meta Marathon” in the NRW Forum in Düsseldorf (Germany).

The journalists were given 30 minutes for an interview with Sophia, but the questions had to be submitted beforehand. The makers of Sophia also claimed the right to censor the questionnaire. At the end 7 questions remained, which Sophia answered skillfully and seemed “almost human”, according to the journalist. But with questions asked spontaneously, Sophia stumbled.

In her final judgment, the journalist must conclude that Sophia, unlike her name suggests, is nothing more than a transitional object with the appeal of a circus machine and that her greatest potential is to think about what a human being is and about the meaning of the human body in the age of digitalization. In her view the attempt to give robots a human-like face is a gimmick and distracts from where the AI has already unfolded its real impact, in the networks.

A video is available here.

Workshop: The politics of metadata in participatory approaches: Opportunities, practices, and conflicts

Finally: A Museum That Brings Virtual Reality to Women’s History 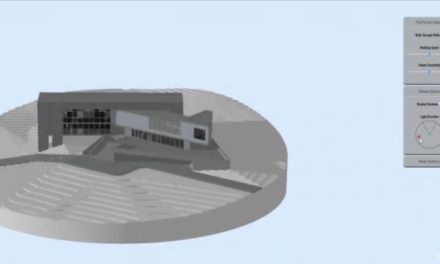