Reveal at the Digital Assembly in Sofia

The two Educational Environmental Narrative (EEN) games for PS VR, under development for the Reveal project, will be presented at the Digital Assembly, a major annual forum that gathers more than 1,000 stakeholders and high-level policymakers to debate the EU digital policy and the implications of recent technological developments.

This year the event, co-organised by the European Commissione and the Bulgarian Presidency of the Council of the European Union will take place on 25th and 26th of June in Sofia, Bulgaria.

The first game, “The Chantry”, is based on a reconstruction of Dr Jenner’s House at the time of his death in 1823. As the pioneer of smallpox vaccination, Dr. Edward Jenner is considered the father of immunology and responsible for saving millions of lives from a devastating disease shoes effect were felt throughout the world.

The second, a demo of the game “A night in the forum”, developed with the scientific consultancy of the Mercati di Traiano – Museo dei Fori Imperiali, provides a window into Imperial Roman history, to discover the story of Augustus and the function of the forum in the daily lives of Roman citizens. 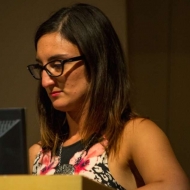 PERGAMON. Masterpieces of the ancient metropolis with a 360° panorama by Yadegar Asisi