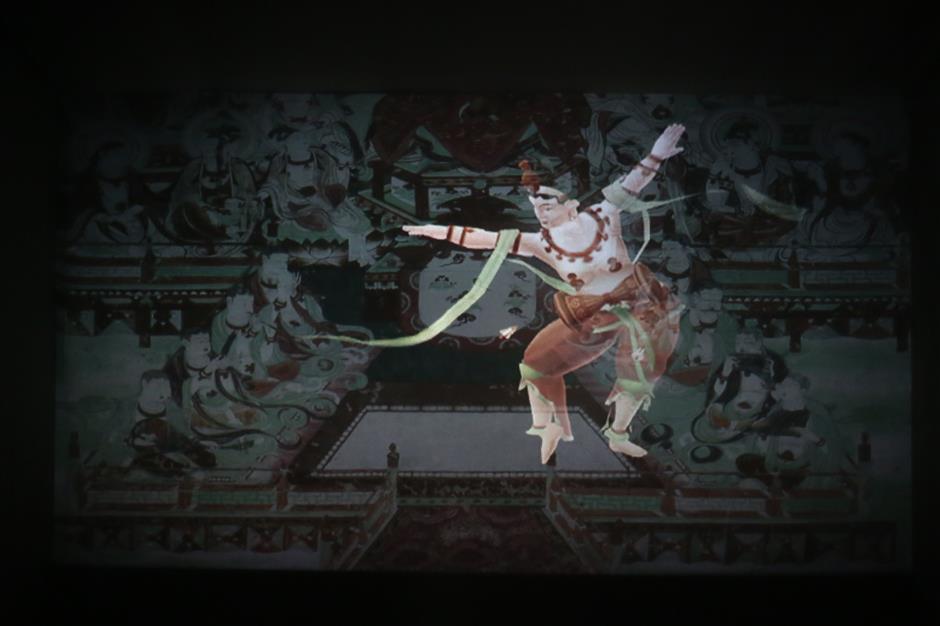 If you have visited the wondrous Dunhuang Murals, have you ever imagined that the musicians and dancers in the pictures can play and dance right before your eyes?

Take a chance at a cutting-edge exhibition, “Special Exhibition on Music and Dance Scenes in Dunhuang Murals,” which opens at Xuhui Art Museum on Saturday, and you’ll see how the latest achievements in technology work wonder.

Admission is free. The museum opens from 9am to 5pm and closes on Mondays.

The exhibition floors of the art museum have been turned into a modern Dunhuang cave, and a major highlight is a seven-minute holographic movie which for the first time ever brings a figure on one of the Dunhuang murals “alive.”

With a tune played with pipa, sheng, xun and other traditional Chinese instruments by eight members of a band, the dancer with a waist drum who is from a mural painted in Tang Dynasty (618-907) is conjured up as a holographic figure in motion.

The tune was composed by music experts from Shanghai Conservatory of Music, and the dancer’s moves were modeled with motion capture technology on those of a dancer skilled in ancient Chinese dances, Shanghai Daily was told. A dancer with a waist drum who is from a mural painted in Tang Dynasty (618-907) becomes a dancing holographic figure.

Another highlight is an interesting animation played on walls which applies the track mirror technology. It’s said to be the first time this technology has been applied in Shanghai museums.

Between an array of ancient Chinese instruments, the “boy born in the lotus,” a figure also from Dunhuang murals, jumps from one to another trying to hide from three “ghosts.” The “boy born in the lotus,” a figure from Dunhuang murals, jumps from one instrument to another to avoid three “ghosts.”

Tang Hao, Curator of Xuhui Art Museum, called the exhibition the greatest challenge of the museum’s 13 years of history.

“We started to plan it two years ago, and all we wanted to do is to breathe new life into our traditional Chinese culture and give visitors a refreshing and intimate touch with the museum,” he said on the opening ceremony on Friday.

Zuo Huankun, director of art and technology of Shanghai Zuo Zuo Space Art Design, led a technological team behind the project. He was on the team that realized the moving famous Chinese painting “Riverside Scene at Qingming Festival” at the China Pavilion of Shanghai World Expo 2010.

“It’s just a small show, but in a smaller space the audience feels closer to it,” he said. “We also created a show that can tour, so it can be staged at communities and schools.”

The museum cooperated with Dunhuang Academy on the exhibition where visitors can see about 20 mini replicas of ancient Chinese instruments from Dunhuang murals. 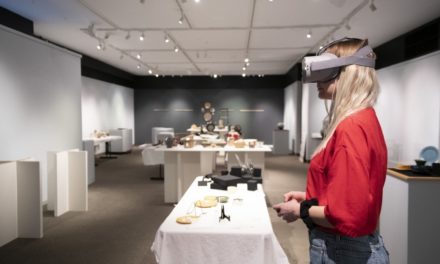