In a basement laboratory of the Morgan Library and Museum in New York, an X-ray scanner is pumping invisible beams into a clump of charred parchment leaves that looks as delicate as a long dead flower.

The leaves are the remains of a severely scorched early book, or codex, which was written in southern Egypt some time between 400 and 600 A.D. It contains the Acts of the Apostles, one of the books of the New Testament, possibly bound with another work. The writing is Coptic, the language of Egypt before the Arab conquest in 642 A.D.

The charred codex was purchased by the Morgan Library in 1962. But no one has opened it for fear of destroying it: The brittle pages have been fused together by a cinder that sank through much of the book, congealing the parchment fibers. Unlike famous codices that have their own names, like the Codex Sinaiticus, this one is known humbly as M.910, its accession number at the library.

But having lain in obscurity for half a century, M.910’s day in the limelight has finally arrived. Last month, a television news crew documented every movement of the little codex and of its two new enthusiasts: Paul C. Dilley, an expert on early Christianity at the University of Iowa, and W. Brent Seales, a computer scientist at the University of Kentucky.

Dr. Seales has spent 14 years developing a technique for reading ancient scrolls that are too fragile to unwrap. Fine-detail CT scanners can visualize the ink of letters inside such scrolls, but the alphabet soup is unreadable unless each letter can be assigned to its correct position on a surface.

Dr. Seales has developed software that can model the surface of a contorted piece of papyrus or parchment from X-ray data and then derive a legible text by assigning letters to their proper surface.

He scored a spectacular success in 2016 when he virtually unwrapped a small charred lump of material from En-Gedi in Israel. It turned out to be an ancient Hebrew scroll that contained the earliest known instance of the Masoretic text, the most authoritative version of the Hebrew bible.

His technique, Dr. Seales said, “can turn things thought to be of no value into precious objects.”

It was after hearing Dr. Seales lecture in January that Dr. Dilley asked him to try the technique on M.910.

Dr. Seales had not tackled a codex, which unlike a scroll has writing on both sides. Tests with a parchment mock-up constructed at Dr. Dilley’s request suggested that the technique would work.

But Maria L. Fredericks, the Morgan Library’s head book conservator, had determined that the little codex was unfit to travel. She displayed a loose page and a dish of small fragments that have dropped off the charred edges since its purchase. So Dr. Seales borrowed a small CT scanner that was brought to the library.

Dr. Dilley, a scholar of Coptic, hopes to discover what work the Book of Acts is paired with in the codex, which may help shed light on the formation of the New Testament canon. There was a profusion of gospels and other writings in the early Christian era, and it wasn’t until 367 A.D. that the approved canon, the familiar list of books in the Old and New Testament, was specified by Athanasius, the bishop of Alexandria.

Egypt was a major center of Christianity in the pre-Islamic world, and the bishops of Alexandria held great sway, second only to the bishop of Rome, in matters of church doctrine and practice.

Even so, it took many years for the familiar New Testament canon to edge out rival Gnostic and Manichaean writings. Because of the expense of producing books, complete versions of the New Testament, such as in the Codex Sinaiticus, were rare, and Christian Coptic manuscripts often feature only selections, such as the four gospels or the epistles of Paul.

Though earlier texts of Acts exist, M.910 will be of interest if it has its own set of variants. These, together with variants in other texts, could help scholars reconstruct the text of the original Greek source.

The scans were completed in December, and the team hopes to start producing readable pages later this month. If successful, Dr. Dilley said, there are damaged codices all over the world that one day may yield their secrets.

Virtual Reality is the Future of Marketing 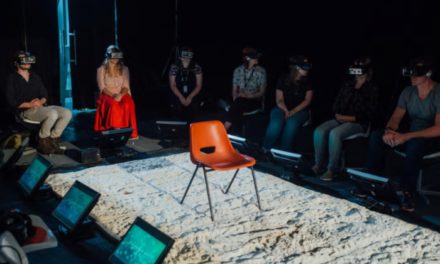 Is it AI or a Circus Automaton? Alter 3 conducted “Scary Beauty“, a German debut performance with the Japanese Philharmonic Düsseldorf and Keiichiro Shibuya (piano)