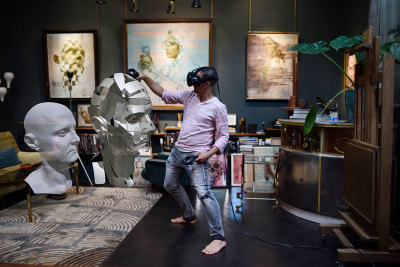 HTC Vive and the Royal Academy of Arts (RA) have partnered for the second time after their successful ‘Virtually Real’ exhibition last year. Members of the public are now able to experience three virtual reality (VR) pieces in the Tennant Gallery by artists Yinka Shonibare and Humphrey Ocean, and architect Farshi Moussavi. Announced back in September the ‘From Life’ exhibition is about seeing the possible future applications of VR in art. VRFocus spoke with Victoria Chang, Director of Vive Arts and Culture, about how HTC Vive plan on introducing VR to the masses in cultural, education and artistic spaces.

HTC Vive and the RA are combining life drawing and VR to create a new form of experiential artwork. Artists Jonathan Yeo, alongside Royal Academicians Humphrey Ocean, Yinka Shonibare, and Farshid Moussavi have produced works of art designed with the Vive head-mounted display (HMD), creating a new digital platform. Yeo’s bronze cast sculpture was built using the HTC Vive, Google Tiltbrush and OTOY scans. Yeo’s piece demonstrates how artists can harness and enhance the latest digital processes to open up new creative possibilities. It also shows how both portraiture and new technology will change and infiltrate our lives in the coming years. The exhibition is spread across two galleries at the RA, with paintings, works on paper, and historic casts found alongside contemporary works in the Sackler Wing, and three VR experiences installed in the Tennant Gallery.

The RA is not only a museum space but also a school; in fact it’s been teaching for 250 years. Mostly focusing on life drawing of models or life models. The RA saw that VR was having a really big impact on the manner in which art students were learning, creating and even appreciating various forms of art from a new perspective. They invited three RA alumni students in the ‘Virtually Real’ exhibition to experiment with VR as a new fine art medium and had the final sculpture printed in 3D.

Chang says, “That exhibition, although it’s short, it is so positively impactful in a way that so many museums, professionals and artists saw the result of what virtual reality can bring into the art sector that in this entire year so many things have sprouted out in the culture sector in relation to VR.”

Another example of where HTC Vive has also introduced VR to the public, specifically art lovers, is the Tate Modern. The Modigliani exhibition has a dedicated VR that invites members of the public to try a HTC Vive HMD and transport audiences to the The Ochre Atelier, or Modigliani’s artist studio in Paris back in 1919. It’s not just about bringing VR to museums and exhibitions, but also bringing art into VR. Chang says, “These VR art pieces, museum VR content are all coming up to Viveport to be able to see what’s going on in a gallery in London or Paris.”

This means that anybody with a HTC Vive HMD and access to Viveport will be able to experience the VR pieces.

To find out what the VR pieces are inside the RA as well as what HTC Vive plan to do in other cultural sectors, watch the video here 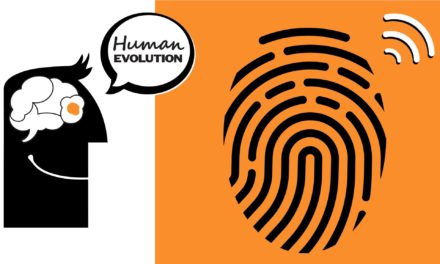 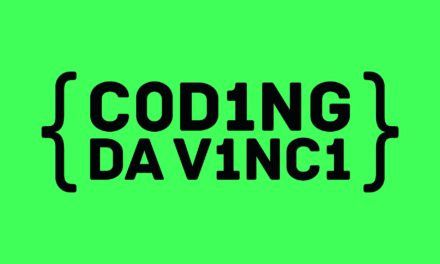