Sorry, PowerPoint: The Slide Deck of the Future Will Be in AR 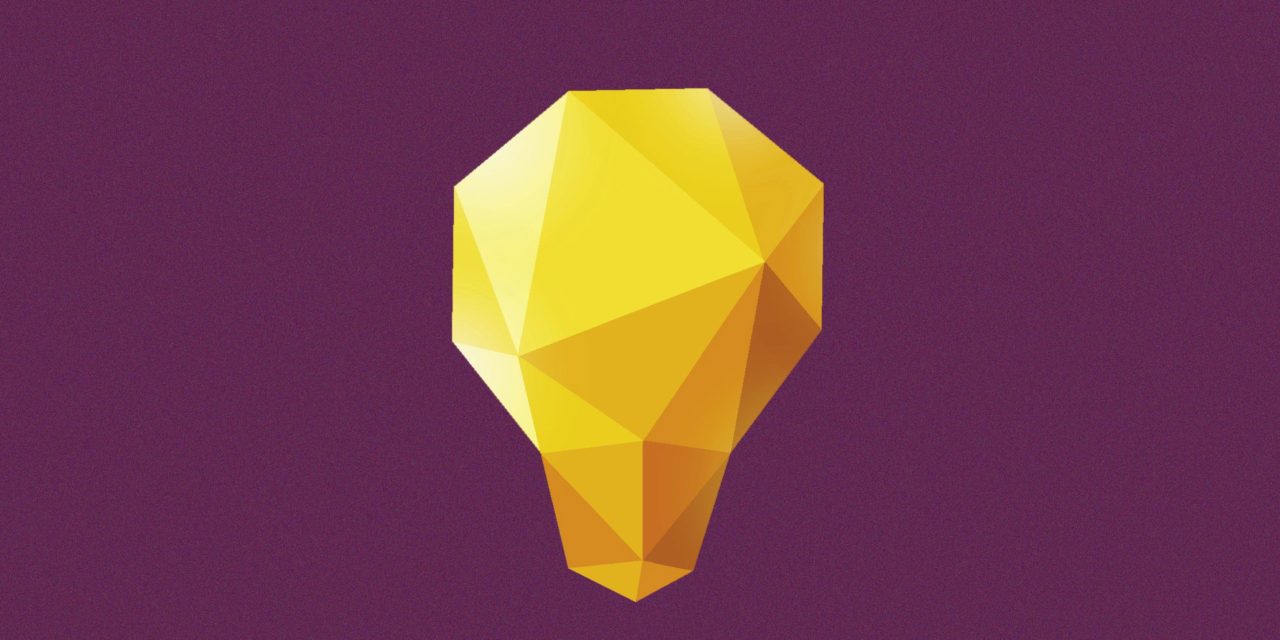 When Peter Arvai founded Prezi in 2009, he didn’t set out to topple PowerPoint. He just wanted to see better presentations. With the right tools, he figured, he could help people create visual aids that felt more engaging. Arvai was sick of sitting through slide decks containing walls of text and bullet-pointed lists, listening to the speaker ramble on while the audience squinted at the words on the screen.

So he, along with co-founders Péter Halácsy and Adam Somlai-Fischer, set out to build something that looked more like a digital poster board. You could pepper it with images and animations, then zoom in and out to focus on specific things at specific moments during a talk. The tool, which they named Prezi, uses what Arvai calls “a spatial metaphor” rather than simple paginated slides.

Prezi wants to bring audiences inside of a presentation using augmented reality.

That was eight years ago. The company has since grown to over 300 employees, split between Budapest and San Francisco, and its software product now counts 85 million users and holds a repository of over 325 million public presentations; pitch decks, lectures, and student projects. Last year, the company launched Prezi Business, a suite of tools designed for companies and teams; individuals can still use the basic Prezi tools for free, or pay for more premium features for a monthly subscription.

As high as Prezi has climbed, Microsoft PowerPoint is still the market leader. It has hundreds of millions of users—most of them creating the same boring slideshows Arvai has vowed to make extinct. So in order to take that next step and become the top name in presentation software, Prezi needs to evolve. How could Arvai and his team create tools to make presentations even more immersive, more exciting? The answer: bring audiences inside of the presentation using augmented reality.

Arvai and his team have been watching the augmented reality takeover. It’s played out at Snapchat and Facebook, at Google and Apple. Companies are using AR to design cars, sell furniture, make little digital sharks swim around your breakfast table. What if Prezi could apply that same technology to make better presentations?

The company had the tech to do it. The Prezi Business software was built on a completely new set of software tools called Prezi Next. “This technology stack is something we’ve developed that works across mobile phones, browsers, installed on your computer—and it allows us to do things like AR,” says Arvai. The question would be what exactly those AR presentations might look like.

In a demo in Prezi’s San Francisco’s office, Arvai pulled up an early version of Prezi’s AR application. The software looks more or less like the regular Prezi presentation builder: It’s a blank canvas where you can place visual assets, drag them around, add commands to zoom in or out. Arvai added a string of dangling lightbulbs and some bunny ears. Then he turned on his webcam, and the visuals appeared next to his face.

In a traditional presentation, Arvai says, you might be standing in a room with a screen behind you displaying all of your visual aids. But what if you’re presenting your pitch deck in a web conference, or a Zoom Room? Remote presentations lose all of the benefits of good visual design and practiced body language. “Either you have the video but you don’t have visuals, or you see visuals but you don’t see who’s talking,” Arvai says.

In Arvai’s demo, the light bulbs dance beside him on screen. He could also call up a graph or chart, or make the visuals swoop in and out at the touch of a button. It all looked sort of like he was talking in front of a green screen; the tool isn’t harnessing revolutionary technology or transporting the speaker to distant worlds. But Arvai says that’s the whole point. He doesn’t want to create software that distracts audiences from the person presenting. He doesn’t want you delivering a talk with Snapchat’s puppy filter on your face.

“We’re thinking about, OK, how can we actually enable human connections with the use of this technology, and enable people to be better understood?” Arvai says.

Arvai cites studies that show audiences get distracted by flashy visuals or too many animations. So with AR, the Prezi team didn’t want to make anything too showy. Instead, they built something that looks more or less a Prezi overlayed onto the presenter. The graphics are sometimes cartoonish, the imagery sometimes cheesy. But the pairing of the speaker and the AR visuals is somehow still powerful. Instead of standing in front of a visual aid, it’s as if the presentation plays out around, above, and in front of the speaker.

As of right now, Arvai and his team are still trying to decide what exactly their AR software should do. The company debuted an early version in a recent TED Talk, where neurologist Robert Sapolsky used Prezi’s tools to give a talk about the biology behind the best and worst of human behavior. At one point in Sapolsky’s talk, he calls up an image of a man holding a hand gun, his finger on the trigger. It’s pointed right at Sapolsky. The effect is weirdly chilling, and somehow more lifelike in augmented reality. It makes that part of his talk hard to forget.

That, Arvai says, is the potential of what software like this could do. But the product isn’t ready for a public launch yet. Prezi has enlisted a select group of influencers to try out the AR tools and offer feedback before the company releases a beta version. He expects to have a better developed sense of the product in the coming months.

Arvai knows his role in the augmented reality future is a modest one, but he also believes deeply in the power of storytelling and communication tools. He showed me a couple of presentations people have made on Prezi, detailing new projects in engineering and medicine. One presentation, created by a journalist, uses visual aids to explain the conflict in Syria. Just imagine, Arvai says, if you could explain that with the aid of AR.

“We won’t put a woman on Mars, we won’t cure cancer, and we won’t make peace in Syria,” he says. “But when we do our jobs correctly, we contribute to all of this.” 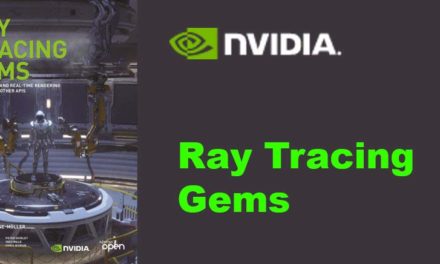 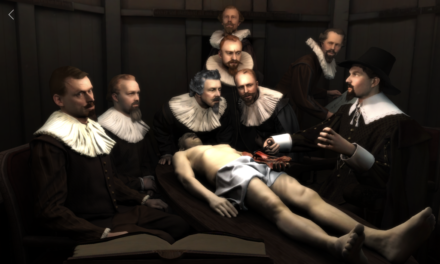 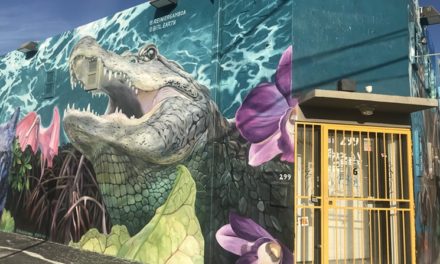 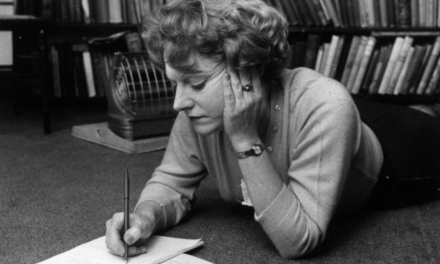 New app takes readers on a literary tour of Edinburgh with 50,000 excerpts