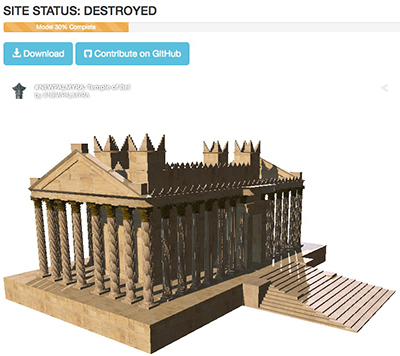 In recent years, a few news stories focused on the use of digital tools in preserving cultural heritage three-dimensional objects, stories such as the printed reconstruction of the Arch of Triumph in Palmyra, Syria and the construction of a facsimile of King Tutankhamun’s Egyptian tomb. These two examples recreate something physical but ancient artifacts and monuments are increasingly becoming accessible as physical replicas and digital objects.

Both physical and digital reconstructions offer the opportunity to experience objects and sites that might not otherwise be possible due to their far-away location, their fragility or because they’ve been destroyed. Three-dimensional modeling can preserve a replica of a site or object in its current state or restore it to an earlier state.

Recently, the Library of Congress’s 2016-17 National Digital Stewardship Residents and their mentors met with Library of Congress staff member John W. Hessler, whose research focuses on the use of computation, computer vision (teaching the computer to “see” and process visual data) and virtual reality in archaeology. Hessler is the Curator of the Jay I. Kislak Collection of the Archaeology and History of the Early Americasat the Library of Congress; he also teaches courses at Johns Hopkins University’s Graduate School of Advanced Studies on the topic of mathematical and algorithmic foundations of computer vision and archaeological imaging. 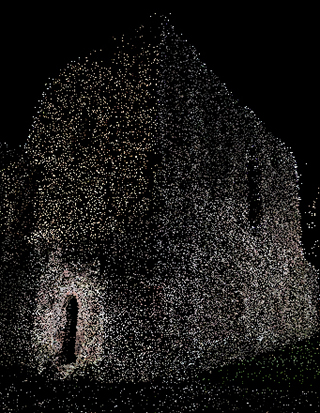 We started our session with an overview of a 3D modeling process that uses computer vision to create models from 2D photographs. Measuring an object from photographs is known as photogrammetry. Reconstructing a destroyed site is often made possible through crowdsourcing photographs of the site, such as through the #NEWPALMYRA project.

The workflow begins with taking multiple images of the object or site from various angles. The photographs should cover all parts of the object, which will help the computer calculate the distance between points on the object (essentially what our eyes do with depth perception). Precision and quantity are key.

The next step is “feature extraction and matching,” a process that locates common points across images using Scale-Invariant Feature Transform (known as the SIFT algorithm, by David Lowe). From this data, a point cloud is derived. Simply put, a point cloud is a collection of points within three dimensions, each point having X, Y and Z coordinates.

The images are then related to one another using their features and points and molded into a rough 3D model. Self-calibration calculations and density matching follow, to error-correct and further shape the three-dimensional depth. Lastly, the final 3D model is built and texture is added.

File-format support and longevity are major considerations for digital preservation but some formats are more desirable than others because they’re more widely supported and compatible across platforms, formats such as .PLY (polygon file) or .OBJ (object file). I asked Hessler about preferred file formats for 3D models, or more generally, if best practices exist for the long-term preservation of 3D models. He said that, because the field is still so new, standards are yet to be determined. Hessler foresees the field being in a constant state of flux for many years due to ongoing changes and advancements brought about by technologies such as drones, robotics and computer vision research. 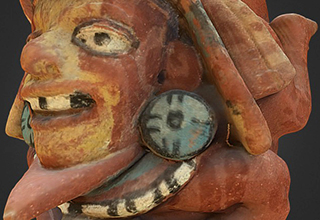 While standards and best practices are needed, Hessler also sees larger considerations. “At some point, we have to start thinking deeply about the purpose of all of this 3D modeling,” Hessler said. “It is one thing to say that it is useful in bringing to life cultural heritage for those who cannot travel to sites or museums. The question of preservation becomes tricky however. We do not want to start thinking that these digital copies, which are easier and easier to make, are actual substitutes for the objects and sites they are meant to record. I can imagine situations where scarce preservation resources are withheld with the idea that ‘we have a copy and why preserve the original?’ The real things are what are most important and their preservation should be our goal.”

Additional concerns have been raised about the loss of cultural context and authority, or as Patty Gerstenblith wrote in Technology and Cultural Heritage Preservation, “This also leads to questions about who has the right to re-create and determine the authenticity of the past.”

For all the affordances of 3D modeling to preserve cultural heritage, there is still much to be addressed in this growing field, from best practices to guiding principles. Establishing standards will be necessary as institutions increasingly become responsible for the long-term preservation of 3D models, which are becoming integral parts of the cultural record.

Museums, startups and accelerators… oh, my! 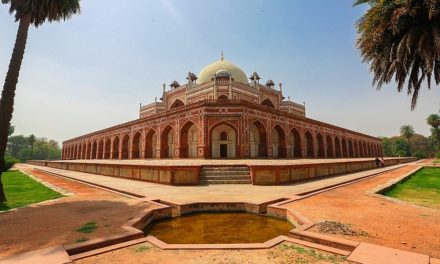 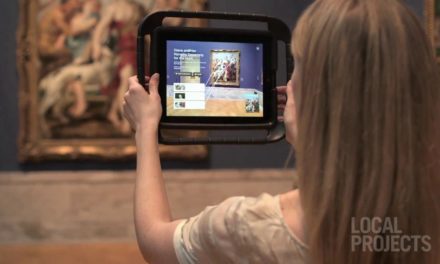