Europe celbrates the “state of the art” in cultural heritage

The European Commission and Europa Nostra revealed the winners of the 2017 European Union Prize for Cultural Heritage / Europa Nostra Awards, Europe’s top honour in the heritage field. The 29 laureates from 18 countries are being recognised for their notable achievements in conservation, research, dedicated service, and education, training and awareness-raising. Independent expert juries examined a total of 202 applications,  submitted by organisations and individuals from 39 countries across Europe, and chose the winners.

The European Heritage Awards Ceremony will assemble some 1,200 people, including heritage professionals, volunteers and supporters from all over Europe as well as top-level representatives from EU institutions, the host country and other Member States. The winners will also present their exemplary heritage accomplishments during the Excellence Fair on 14 May at the Sigyn Hall of the Turku Music Conservatory, and participate in various events at the European Heritage Congress in Turku (11-15 May). Organised by Europa Nostra, the Congress will provide an inspiring platform for networking and debating the latest European developments related to heritage with a special focus on the European Year of Cultural Heritage 2018.

Among the outstanding initiatives awarded this year are: the renovation of a road stretching across 100km of Norwegian mountains that has made an area of breath-taking natural beauty accessible to visitors; a pioneering research project on the paintings and drawings of the Dutch painter Hieronymus Bosch that has shed new light on some of the world’s most fascinating works of art created at the turn of the 16th century; the efforts of a conservator and art historian to protect Croatia’s heritage for almost 60 years; and the establishment of a Cypriot centre of visual arts and research in Nicosia that has the spirit of reconciliation and peace at its foundation. 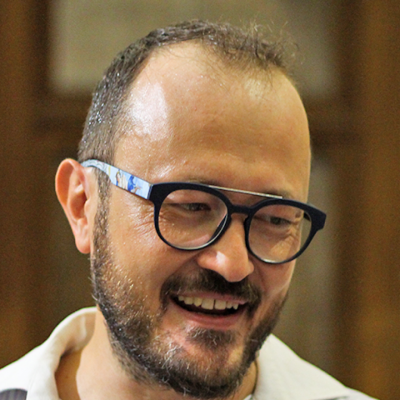 MTSR 2021 VIRTUAL CONFERENCE 15th International Conference on Metadata and Semantics Research 29th November – 3rd December 2021   Due to the COVID-19 pandemic MTSR 2021 goes Online Taking into account all the available information and ongoing[...]
Dec
7
Tue
2021
8:30 INTERNATIONAL CONFERENCE ON INTE...
INTERNATIONAL CONFERENCE ON INTE...
Dec 7 @ 8:30 – Dec 10 @ 17:00
This is the home of the Association for Research in Digital Interactive Narratives, a community of academics and practitioners concerned with the advancement of all forms of interactive narrative – including narrative video games, interactive[...]
View Calendar
Add
REGISTER NOW!
%d bloggers like this:
This site uses cookies: Find out more.